Back to the Overview 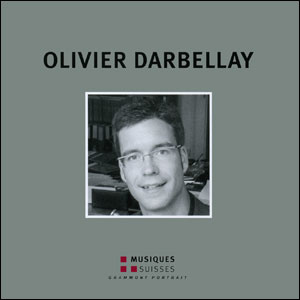 Contemporary Music for the Horn

Music instruments are subject to change over time, both in technical and in aesthetic terms. Nor is the horn an exception in this: right at the end of the 17th century, the hunting horn – an instrument of wood, horn or metal with a history several thousand years old – found a new home in the world of European chamber and orchestral music. At first, its purpose was exclusively to depict hunting scenes, but very soon it was being used to convey more abstract musical ideas in sound, just like all the other instruments. In the last quarter of the 18th century and the first quarter of the 19th, the horn also became a popular solo instrument in works by Haydn, Mozart, Beethoven, Weber and others, thanks to exceptional virtuosos such as the Bohemian horn-player Giovanni Punto (Jan Václav Stich).
The valve mechanism was invented at the beginning of the 19th century and was taken up in Germany and many other countries within just a few decades. Together with a change in public taste, this invention fundamentally altered the role of the horn: on the one hand, thanks to its considerably extended technical possibilities, the horn became a core instrument in the Romantic orchestra, to which the composers could above all give wonderfully lyrical solos. But on the other hand, at almost the same time, the valve horn more or less disappeared from concert programmes as a solo instrument with orchestral accompaniment. The natural horn, however, with its characteristic mixture of open and hand-stopped notes as well as its different sound colours in every different key, was sacrificed in the name of supposed progress. This was despite prominent supporters such as Carl Maria von Weber. The warm sound of the valve horn, which was even in every octave and every key, was now regarded as the ideal sound for the horn. Only in France did the natural horn remain in use, and was performed and taught up to the end of the 19th century.
Only a few visionaries such as the important French composer Charles Koechlin (1867-1950) were able to imagine a renaissance of the natural horn. Already in the years from 1932 to 1942 he wrote several works for ‘trompe de chasse’ (as the hunting horn is known in French), and in them he used the natural seventh and the so-called ‘alphorn fa’, the characteristic ‘impure’ natural notes of the horn.
While there was a substantial increase in the repertoire for the valve horn after 1945 (with works by Britten, Messiaen, Ligeti and others), the renaissance of authentic instruments in the realm of the Baroque and Classical repertoires led to a renewed interest in the natural horn, and this in turn led to a few new compositions being written for it. Several works for solo natural horn were written at the prompting of Hermann Baumann, as compulsory pieces for the competition he founded in Bad Harzburg.
Olivier Darbellay is very pleased about this expansion of the repertoire: ‘For me as an interpreter, the role of the natural horn in contemporary music is particularly appealing: during my studies, I occupied myself intensively with today’s literature for the modern horn as well as with the Baroque and Classical repertoires for the natural horn, so it comes as a matter of course that there should be a kind of synthesis of these superficially so very different worlds. Furthermore, I find the challenges posed by the expansion of traditional playing techniques fascinating. In an enriching collaboration with the composers themselves, we explored the possibilities of the natural horn, such that the works presented here display in part new, extended demands on one’s technique, be it in matters of stopping, or with regard to simultaneous playing and singing. In this manner, highly distorted, almost synthetic sounding notes can be drawn out of this supposedly so ‘natural’ instrument.